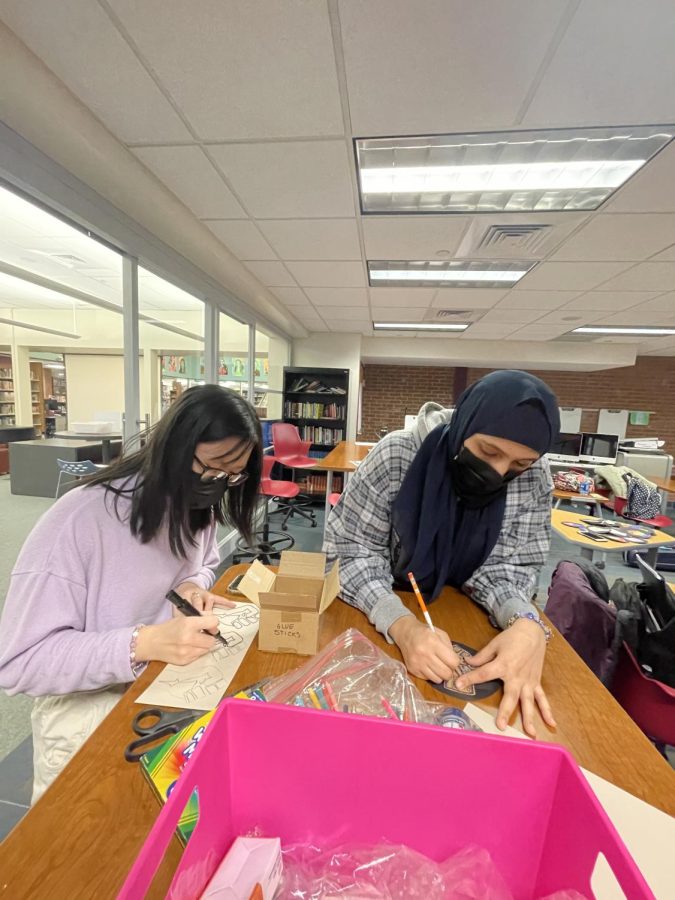 Black History Month lasts from February 1 to March 1 and is meant to facilitate participation with Black history as an opportunity to learn and understand it. This month is also meant to highlight African-American achievement in the past and modern-day society. Black History Month originally started as a week in 1926, however, during the 1960s there was a surge of increased support and involvement from younger generations in part to the Civil Rights Movement. This caused more traction for a longer study and celebration period of Black history and it was shifted to the current month-long time frame in 1976.

Black Student Union (BSU), has created opportunities for the school community to celebrate this important month and is a club that welcomes all people and is open to everyone’s ideas and experiences, not just Black students.

“My biggest thing is that if I don’t do it, who’s going to? It just feels like a part of my role as a Black student in Farmington. It’s a big burden but I feel as though it is my right to. I just want to extend that to other people as well,” junior Vice President of BSU Sydney Cloud said.

This month one of BSU’s main goals is to modernize its approach when highlighting important figures within the Black community. In recent years they’ve featured prominent people from the past, such as Martin Luther King Jr. However, BSU also wants to focus on modern figures from the next generation to widen people’s knowledge. They’ve utilized Instagram at FHS.BlackStudentUnion and members have also created and hung up posters along the windows by the student entrance and main office. These posters include information on the background and accomplishments of musician Kendrick Lamar, writer of The Hate You Give Angie Thomas, and contemporary Kenyan artist Wange-chi Mutu among others. These different platforms were chosen in the hopes of reaching a wider, more diverse audience and exposing them to modern and historic figures from different sub-topics within the African-American community.

During the remainder of February, BSU plans to conduct interviews with the Farmington Historical Society in Farmington and will also hold a Black Achievement and Success Panel made up of Black faculty and staff members at Farmington High School (FHS). The panel took place on Thursday February 24 in the FHS library and was open to an audience of students and other faculty or staff members. This panel was a moderated conversation touching on the participants’ roles within the school but also honored the success and achievements they’ve accomplished throughout their lives.

BSU also contributes to the production of SJW, a student-led program that highlights challenging topics to promote inclusivity, equity, and social justice within the school community, which took place on the 14 through the 18 this year. BSU members chose to present on “The N Word” and “White Privilege” as in past years due to the continued relevance of these topics which many within the club can connect to on a personal level.

“If I can highlight the issues that we as Black people go through, anyone can at least lend an ear to hear what we have to say,” Cloud said.

Along with these main presentations, the club also worked alongside other social justice clubs and lent their unique perspectives on other presentations such as “Colorism,” “Intersectional Feminism,” and “Code-Switching.”

The many different social justice clubs provide support and encouragement to their counterparts, helping to create a tight-knit community of students working toward the common goals of equity and awareness within the FHS community through their various sub-topics.

“It is important to have awareness but to also make the bond more human. It is important for us as human beings to recognize the plights of others. It is everyone’s problem,” BSU advisor Lauren Luciani said.