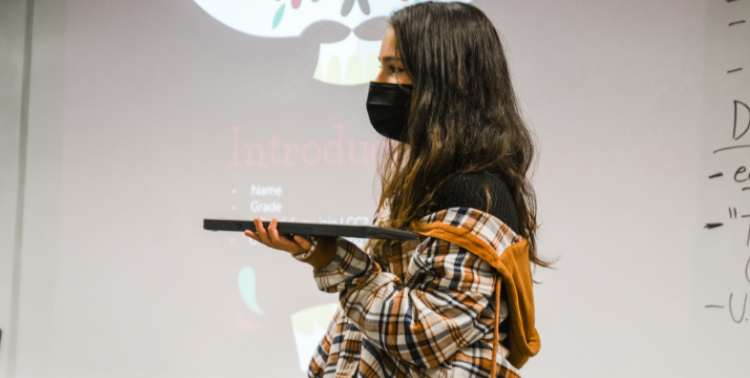 Between September 15 through October 15 the United States and LatinX club celebrates the culture, history, and influences of Hispanic Americans on the development of the country.

The appreciation for countries in Latin America and Central America begins in the middle of September because many countries such as Honduras, Guatemala, El Salvador, etc. all celebrate their independence days on September 15. Along with Mexico that separated from Spain on September 16 the month is most widely recognized around those dates. Originally these countries were only celebrated for a week in September until 1968 when President Johnson extended it to a full month.

This month also honors active Hispanic American soldiers and the memories of those who’ve fallen. During this time the U.S. army observes the contributions of the thousands of Hispanic soldiers that make up 13.8 percent of the total as well as the diversity and variety they bring. The U.S. Navy also celebrates this time for their military service shown since the Civil War.

In our school the LatinX club also celebrates and teaches the significance of this time throughout the school community. On the first day of the month, student leader senior Dani James made an announcement on the loudspeakers explaining the relevance of this time. Club advisor MJ Martinez also created a celebration activity, looking deeper into LatinX art and culture for the school to participate in during Hawk’s Nest time.

“The Hawk’s Nest lesson was designed to really allow students, faculty, and staff to explore the richness of LatinX Culture. LatinX culture is exceptionally diverse, so it’s impossible to fit everything into one lesson, but we are hoping others are inspired to do more research on their own,” Martinez said.

The LatinX club continues to highlight the influences throughout the year during their club meetings. From fundraising events to social justice presentations, the club continues to spread awareness and shine a light on the Hispanic culture.

“To me, Hispanic Heritage Month is a month of appreciation for hispanic culture, history, celebrations of independence, and acknowledgement of contributions and influence of Hispanic culture on the world,” club leader junior Valentina Salazar said.

The club also extends the work of the heritage month and makes it easy for allies to join and help out. To get involved, contact club officials for classroom codes and updates on upcoming events.

“People, including me, can become educated as to Hispanic/LatinX stories and history so as to understand what is being celebrated. As well, we can be allies to the cultural group and support them in their festivities and general discussions about culture,” club member junior Ruupala Kalaiarasu said.

Even after heritage month ends, the club will carry on spreading the voices of the Hispanic and LatinX people and celebrate with them.