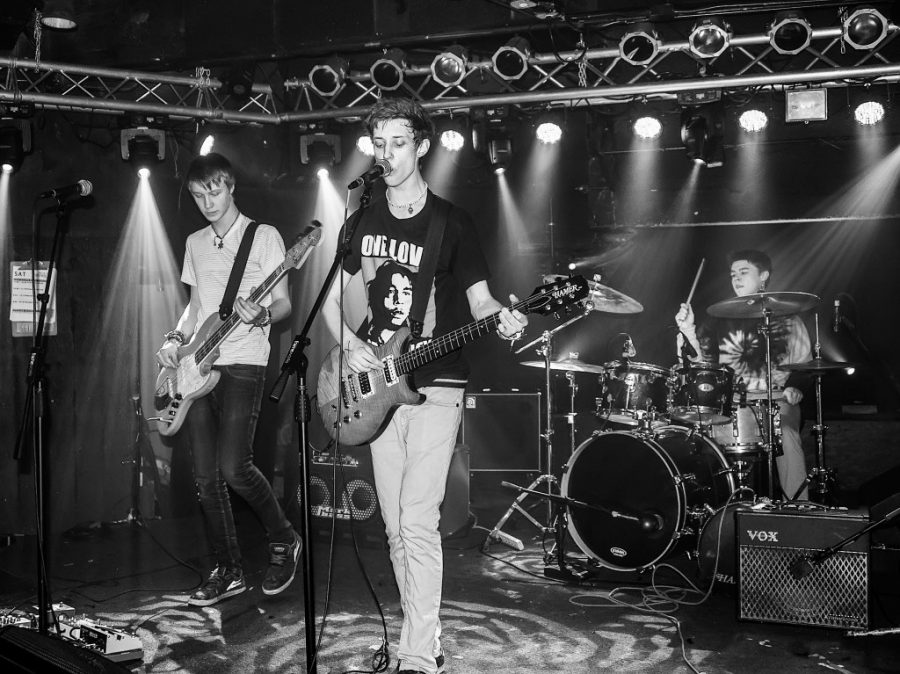 Courtesy of Beyond the Stage

Set the Stage -- Alternative Rock band, The Giving Moon performs a live show for fans. The group released a new album in December that has pleased many listeners.

Originating from Chicago, Illinois The Giving Moon is an indie-alternative rock band that has been producing music since 2013. Consisting of three members, the band features lead singer/guitarist Sean Seales, bassist Adam Suto, and drummer Nathan Melville.

According to the members of the band, the name is “a metaphoric symbol for our personal beliefs on spreading light and positive energy. The Moon is a big source of light in the darkness and it gives light to the darkness just like how our music is meant to spread light to the dark and inspire with love and intuition.”

The band has quite a few songs and album releases under their belt. Their first release was an EP album that was released in 2013 called The Wild. Since then they have been constantly putting out new music for fans and listeners. Recently, in December, 2020 they released their most recent album called BLOOM that featured 13 songs. On March 12, they released a brand new song with the name, Crossing Lines.

The Giving Moon has a very unique and tranquilizing sound. Although it may contain aspects that pertain to an indie pop and a pop sound, they produce a lot of rock aspects that sharpen their overall tone. The majority of their music relies heavily on a light and slender tone that requires less heavy guitar riffs and bass lines. Some of their early releases included more simple music tracks with distinct and clear simple riffs and rhythms.

In their recent releases, the band has been expanding on their sounds and adding more effects and different musical aspects within their music to broaden their sound. There are clear musical differences between their 2017 album, ‘Forever Awake’ and their most recent album, ‘BLOOM’ recorded in 2020 that can be heard throughout the composition of the songs.

Crossing Lines contains a lot of the aspects of their most recent releases. This song features a lot of different guitar effects to emphasize on a full and overall broad tone.

One of the major guitar effects that is used throughout the song is referred to as fuzz. This is a special kind of distortion that can make a song feel more dense and compact. Added with the fuzz effects, the song also presents a substantial amount of reverb to make the song sound smooth and polished. The effect of the amps and guitars that the band members are using in this song are emulating that similar effect.

The chorus of the song sounds as if the band is trying to create an instrumental build up by progressively heightening the pitch of the main chords. This build up eventually pays off as it is met with a strong guitar solo that ends the song. The solo accommodates all of the same effects that were used throughout the main parts of the song and is able to feature the stunning talent of Seales. Because this solo is composed of stronger and heavier distortion, the way in which Seales plays it, expresses the rock aspect that the band includes in their music.

The Giving Moon has surely shown themselves to be very experienced and talented even when they were first starting out as a newly formed band. Their unique and ear catching talent deserves more recognition by everyday music listeners around the world.