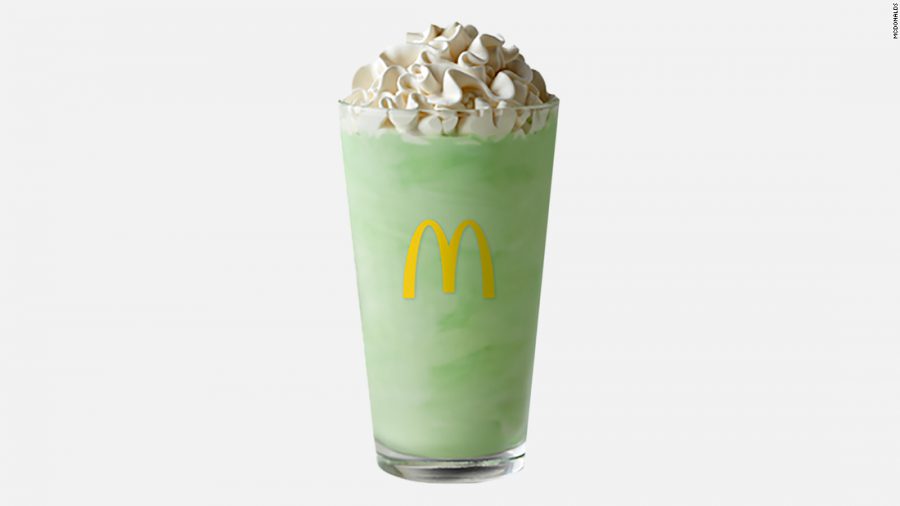 Yes. It matters that much that the staff needs to take a stand. Each March, McDonald’s releases the highly anticipated Shamrock Shake, in honor of Saint Patrick’s Day on March 17. The milkshake is mint flavored, and is obviously green. The Shamrock Shake is one of many fast food seasonal items, and is by far the best.

McDonald’s is most famous for releasing holiday themed items, such as the subject in question, along with items like the holiday pie.

Although other companies may not be as notable as McDonald’s, there are still a plethora of seasonal options available. Chick Fil A has a peppermint milkshake released around the holidays. Dairy Queen makes frozen hot chocolates during the holiday season as well. Starbucks and Dunkin Donuts are known for their pumpkin spice drinks in the fall, along with peppermint flavors during the winter months. Despite all these choices for seasonal spirit, they all fall short compared to the Shamrock Shake.

Saint Patrick’s day may not be the most popular holiday overall, but thousands of people rejoice when March hits. A majority of the aforementioned treats are considered an addition to the joy already felt with the seasons in question, however in the case of the Shamrock Shake, it provides the joy.

March is a very long, very tedious month, and besides the holiday, which is not widely celebrated, there is very little to look forward to. However when McDonald’s finally unleashes the shakes to the masses, moods drastically improve.

The Shamrock Shake is also turning into a social media icon, with posts about them going viral on all forms of social media, especially TikTok. There are entire accounts dedicated to the festive beverage.

A rival company, Arby’s, recently launched their own version of the refreshing shake, however it has failed to rival the McDonald’s version, as it was intended to.

The recognizability, taste, quality, and ability to positively impact the emotions of thousands, are what make the Shamrock Shake the best seasonal menu item by far.