Books, movies both have benefits when it comes to telling a great story 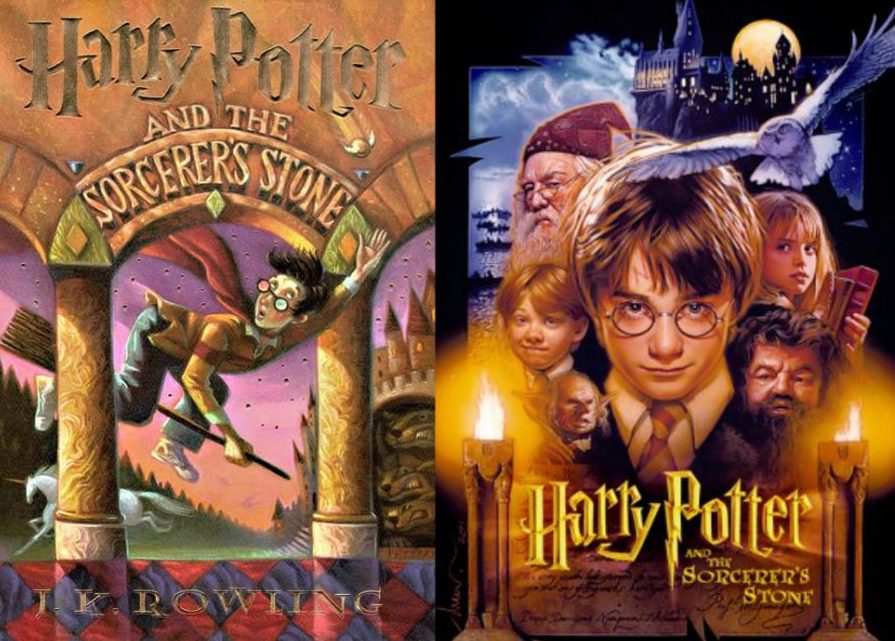 Courtesy of The Artifice

Literature on the left, cinema on the right -- There will always be a debate over the better way to tell a story, but undoubtedly, they both have pros and cons that make the choice a personal preference.

When popular books are made into movies it always sparks a debate as to which one is better. Some people prefer reading stories and picturing the characters and setting in their head, while others like to see how the story plays out on screen. There are definitely benefits to books and movies so deciding which ones better really depends on personal preference and the specific adaptation that’s being debated.

Comparing and contrasting books and movies is much easier when you’ve read and watched both versions.

The Harry Potter series is very well known and popular. According to Business Insider, the books and movies both made over $7.7 billion, so we weren’t surprised when we thoroughly enjoyed both of them. We read the book for the first time before we watched the movie, and it grabbed our attention, causing us to
immediately start the second book when we were done. The author, JK Rowling, used carefully chosen words and details that helped us easily picture the storyline. This made the novel suspenseful and exciting,we were very engaged and we found ourselves itching to find out what happened next.

Watching the movie after reading the book doesn’t give you the same thrills as going through the plot for the first time, but it does have other bonuses. The most exciting part for us was seeing the characters in the book come to life on the screen.

Overall, the biggest differences between the two typically deals with small details. Authors have the advantage of making books as long as they want, while filmmakers usually have roughly one to two hours to tell the same story. This forces filmmakers to pick and choose which details are actually included in the movie. Directors might also choose to change details if they feel it will appeal to their viewers more. One of the reasons this is always up for debate is because it boils down personal preferences. Some people really like reading and they get to know the story and characters through the book which is always more detailed and thorough than the movie. Others don’t like reading as much, or they find elaboration boring, making the film their first choice.

So is choosing a book or movie an obvious choice? Not for us. Depending on the adaptation, you might like either one better, or maybe find flaws in both. A reader or viewer engaging in content is unique to each person, so it’s hard to make a statement for every fan of a franchise. And if the movie were to always exactly mimic the book, what would be the point inadapting it?