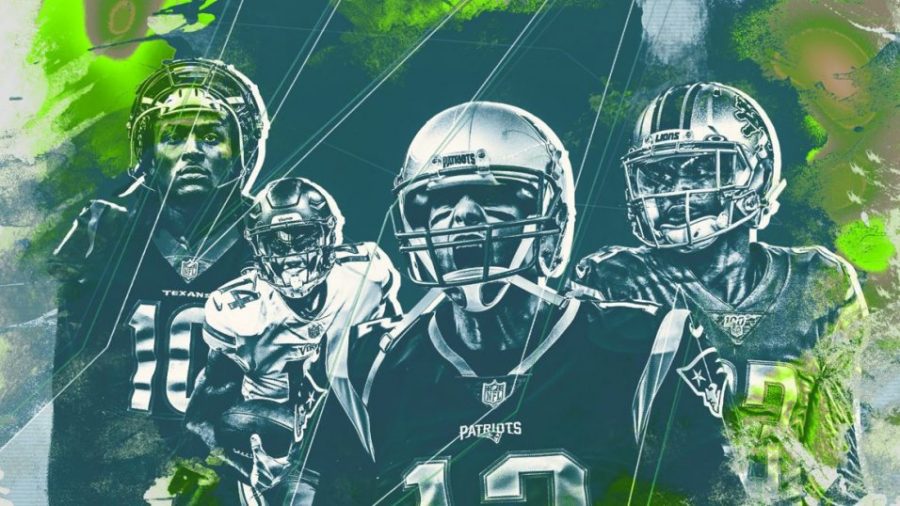 Out with the old and in with the new -- Sports Editor Mike Gregory weighs in on the best, worst, and most interesting moves from free agency, and how they could impact the 2020 NFL season.

The explosion of the COVID-19 virus in recent months has left sports fans in a severe state of boredom. After virtually every major professional and collegiate sports league canceled or suspended its season, the sports world was desperate for some excitement. The National Football League (NFL) free agency period delivered in unbelievable fashion for the sports world, and numbed some of the pain that COVID-19 has imposed upon the sports world. Each year the free agency period brings the first batch of excitement to the NFL season, as it is when teams are allowed to begin negotiating contracts and signing players to new contracts. A number of trades and signings were made by teams when the negotiating period began on March 16. Some NFL rosters endured some serious change, in some cases for the better, and some for the worse.

Bills trade for Stephon Diggs- The Buffalo Bills finally found themselves a star receiver when they acquired the Vikings receiver and a 2020 seventh-round pick in exchange for a 2020 first-round pick (No. 22 overall), a 2020 fifth-round pick, a 2020 sixth-round pick and a 2021 fourth-round pick. Diggs provides the Bills offense with some much-needed firepower and should pair nicely with quarterback Josh Allen.

Eagles trade for Darius Slay- The Philadelphia Eagles finally found their shutdown cornerback when they traded a 2020 third and fifth-round draft selection to the Detroit Lions for Darius Slay. The former Lion recorded 342 tackles and 19 interceptions in his five-year tenure in Detroit, earning him NFL all-pro honors once, and three selections to the Pro Bowl.

Texans trade away Deandre Hopkins- Almost every NFL fan was shocked when the Houston Texans announced they were trading perennial all-pro receiver, Deandre Hopkins. For many, the shock turned into bewilderment when it was revealed what the Texans would receive in return: a second-round draft choice, and running back David Johnson. The Texans’ reasoning for the trade is still unclear, and on top of being without one of the league’s top receivers, they will be responsible for paying out David Johnson’s enormous contract that he signed just two years ago.

Dolphins sign Byron Jones- Without a doubt, Byron Jones is a solid NFL cornerback, but the Miami Dolphins made the former Dallas Cowboy the NFL’s second highest-paid cornerback when they signed him to an $82 million contract. Jones has recorded just two interceptions in his four-year career, and has not produced to the level that would warrant 82 million dollars. Maybe a new team and system will help Jones become more productive, but this move by the Dolphins seems unwise based on Jones’ mediocre career so far.

Bears sign Jimmy Graham- Many NFL fans remember when Jimmy Graham was a dominant force in the NFL and was a nightmare for opposing defenses. However, Graham is now 34 years old, and several years and injuries removed from his prime. The Bears signed Graham to a two-year deal worth $16 million, making him one of the highest paid tight ends in the NFL. Making this move seem even more ill-advised, the Pittsburgh Steelers signed tight-end Eric Ebron to a two-year deal worth only $12 million, even though Ebron is seven years younger than Graham and arguably more talented.

Buccaneers sign Tom Brady- It finally happened. Tom Brady is no longer a New England Patriot. For years, NFL fans thought the only way the Patriots dynasty would fall is if Tom Brady retired, but the decision by Tom Brady to sign with the Tampa Bay Buccaneers is what ended up concluding the Brady era in New England. Tampa Bay signed Brady to a two-year deal worth $50 million, and have evidently decided to move on from quarterback Jameis Winston. With defensive stars Jamie Collins, Kyle Van Noy, and Danny Shelton choosing to depart New England along with Brady, it appears the walls of the Patriots dynasty are beginning to fall.

Rams release Todd Gurley- Back in 2018, the Los Angeles Rams made Todd Gurley the highest-paid running back in NFL history with a four-year deal worth $60 million. Many argued Gurley had earned every penny of that contract, after amassing 6,430 total yards and 56 touchdowns in his first four years. After a 2019 season that saw Gurley produce career lows in both rushing and receiving yardage, the Rams released Gurley, despite being obligated to pay the guaranteed portion of his contract for 2020. After his release, the Atlanta Falcons signed Gurley to a one-year deal, worth around $6 million. The release of Gurley was another blow to the running back market, as teams may be reluctant in the future to sign running backs to large contracts after seeing both David Johnson and Todd Gurley’s situations unfold.