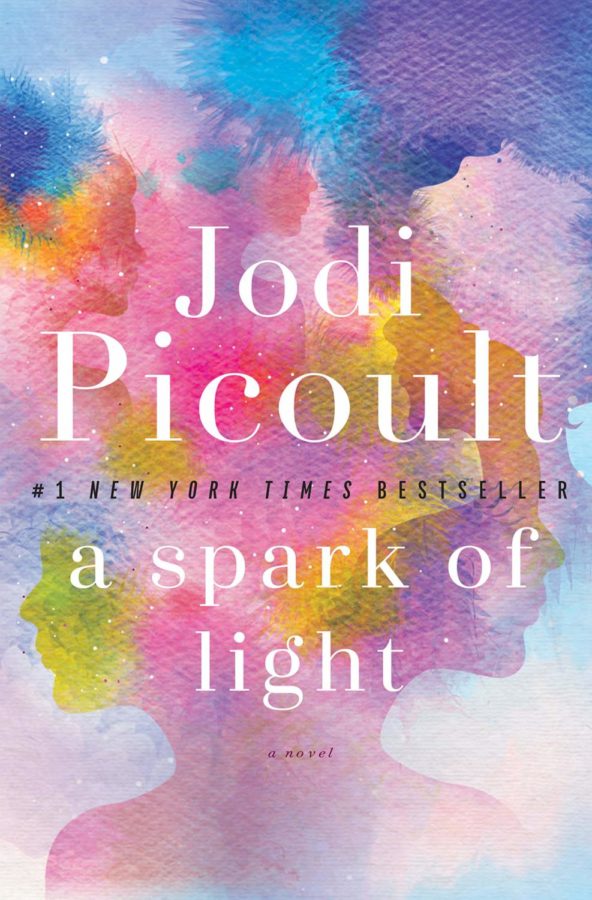 Jodi Picoult, author of Small Great Things and 19 Minutes, released her latest novel A Spark of Light in October 2018. Her social commentary novel explores the controversial topic of abortion.

The novel follows several people but primarily follows Wren, a 15 year-old girl, who finds herself held hostage in the only abortion clinic in Mississippi. In a case of “wrong place, wrong time,” Wren attempts to keep herself alive against George Goddard, a man who is insistent on taking a stand on clinics; he, himself, is frenzied by the fact that his own daughter was able to get an abortion, preventing him from ever meeting his grandchild. The novel tracks the hours during the hostage takeover and let’s us preview the lives of those fighting for survival.

The hostages represent different stakeholders in the issue of abortion: pro-life advocates, pro-choice supporters, doctors, nurses, etc. It is through these variant perspectives that Picoult presents all of the research she had done in order to write the novel. Picoult researched through literature, studies, articles, and first hand interviews to understand the laws and opinions pertaining to abortion. Her research began with an in depth understanding of Roe v. Wade, a landmark case that helped in affirming that abortion is a constitutional right.

While Picoult attests to being pro-choice, she believes that in researching for her novel, she had a better understanding of the other side; talking with pro-life campaigners helped her become more educated about the issue. She even had the opportunity to shadow doctors as they performed the medical procedure.

And it is through this research that I came to love this novel. Firstly, as a reader, I feel as though I took the same journey as Picoult; I may have had my own beliefs on issues of abortion and women’s rights, but I left feeling more rounded in my personal knowledge on this issue. I came to respect the opinions of those who I once labeled as “radical” and “one-sided.” My own one-sidedness was highlighted in my thinking as I engaged with Picoult’s novel.

Furthermore, Picoult does not just use her novel as a means to educate but also as a means to build empathy in the reader for those who do have differing opinions. While I do not agree with George and the decision he made when he stepped into the clinic, I am more inclined to believe that he felt personally hurt by this issue. His response to what he felt as an injustice was not fair, but his pain was valid.

In typical form, Picoult is able to twist your emotions and teach you something important along the way. If you are a fan of Picoult or of current issues, A Spark of Light will fit the bill for you.