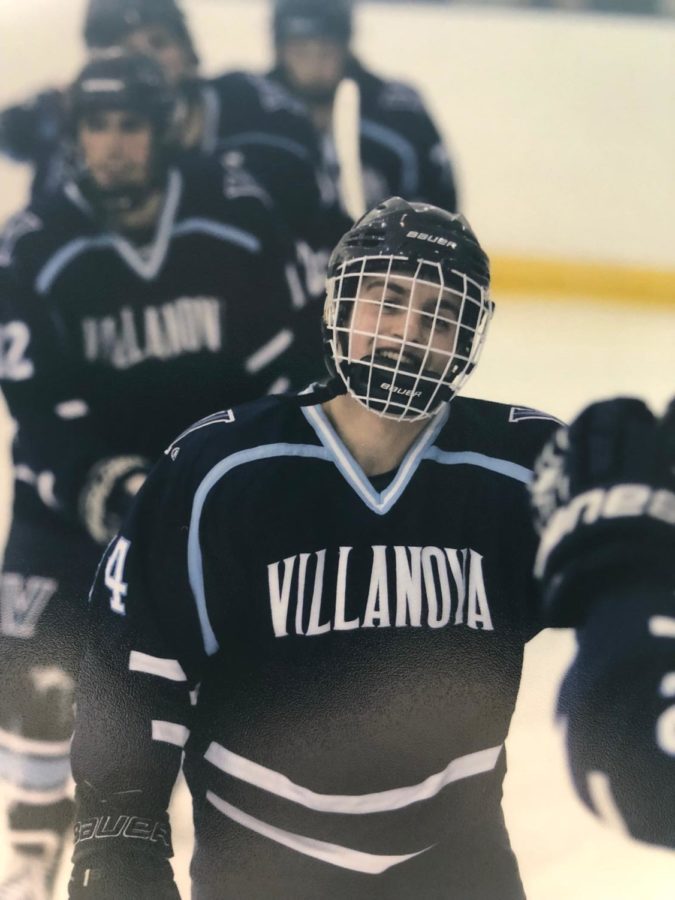 High school only lasts for four years; however, for many athletes, they desire to play their sports in college whether that is Division I, II, or III, or possibly just club or intramural. For many 2018 graduates, they have joined very good collegiate programs.

The Farmington soccer team graduated talented players last year, who helped them win a state title back in 2016. In that championship win over Glastonbury, 2018 alumnus Blake Rutenberg scored two goals and was awarded the Larry Briggs Award for Most Valuable Player. He then took his talents to Bryant University, where he plays forward for the Bulldogs. Fellow standout 2018 alumnus Will Fitzsimmons took a gap year after he graduated but will attend Albertus Magnus College in East Hartford next fall to play soccer.

Hartford Courant Player of the Year, and Farmington’s all time leading scorer Timothy “T” Arena continued his hockey career at Villanova University. He leads the team in goals with 13, and points with 20, in 16 games played.

Former soccer and basketball standout 2018 alumnua Izzy Lipinski, who commited to play basketball at Franklin Pierce University, leads the team with 8.4 points per game, while averaging 7.1 rebounds per game.

Lipinski’s former soccer teammate 2018 alumna Taylor Hennig has had a strong start on a very successful Hartford Hawks team. She appeared in 10 games, recording two assists for the team who went 13-3-2.