Valentine’s Day through the years

Dating back to ancient times, Valentine’s Day has shifted meaning since its initial becoming. From history to modern day, we celebrate the holiday in various ways, starting with its origin.

Lupercalia was an ancient festival that may have predated the Roman Empire and that most likely encouraged fertility amongst the land and population of the Roman people. During his Papacy, Gelasius incorporated this diminishing practice into both the Feast of Purification and Valentine’s Day in 494 while outlawing the practice of Lupercalia. 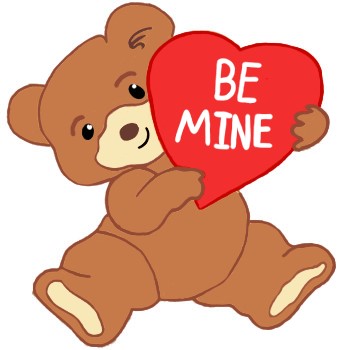 This was a part of a larger plan to mend the Acacian Schism that had arisen 12 years prior between the Vatican and the Eastern Roman Emperor Zeno. This disagreement almost led to a split between the Eastern and Western churches that would happen regardless nearly 500 years later in the Schism of 1054.

“It is like many holidays in a western-Christian tradition; a hybrid of Christian theology and ideas created by the Catholic Church in the centuries following the birth of Christ with the incorporation of old Roman traditions that were impossible to stamp out in the early centuries of the church,” history teacher Jennifer Wood said.

As a part of his attempt to diplomatically tie together both dissenters in the Byzantine Empire and in the lower classes of western Europe who still held onto pagan practices and prevent splits from the Church, Gelasius declared that both kings and religion governed the world.

To show his dedication to reconciliation, Gelasius began to consolidate the cultural and religious practices of the Roman Empire with those of the Church.

“Especially back in Roman times, marriage wasn’t exactly what we know it as now… so the idea of banning marriage more in terms of Christian marriage would go towards the military and maybe would not necessarily be banning it altogether but pushing back an age almost,” history teacher James Dinnan said 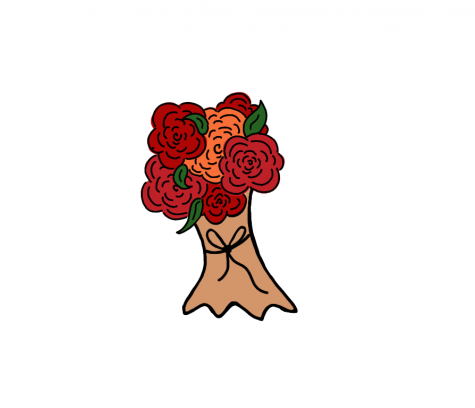 Possible ties between Valentine’s Day and romantic love could originate from the festival Lupercalia which celebrated family, the association between St. Valentine, marriage and bird mating season which falls around the ides of February.

The origin of the romantic connotations of Valentine’s Day are largely unknown. The first record of a romantic celebration of the holiday is a poem written by Charles Duke of Orleans in 1415 to his wife. Other records of poems popping up among nobility in England appear as well and by the 1600s there is reason to believe that Valentine’s Day was a romantic holiday celebrated throughout Europe.

When thinking about the history of Valentines day, most turn to Saint Valentine.

This day is representative not only of caring, but people showing their care for others with traditional gifts such as roses, one of the most iconic symbols of love in western society that originates from the Middle East.

During the crusades when chivalry was at its height, part of being a chivalrous knight meant having a pious love. While the crusades are primarily remembered for the diffusion of knowledge and scientific advancements from the Islamic Golden Age to Europe, one thing that Europeans also brought back from the holy land were roses.

“The rose became this status symbol for young men who fancied themselves to be practicing courtly love like a chivalrous knight to give to their chosen lady,” Wood said.

In 2015 approximately 224 million roses were planted for Valentine’s Day in the United States and $1.9 billion dollars were spent purchasing these flowers, over a third of which were red.

Roses, cards and small gifts are items that led to the commercialization of Valentine’s Day.

Esther Howland, a business woman from the 1800s, is often called the, “Mother of Valentine’s Day” for her role in commercializing the holiday. In 1850 Howland first advertised cheap Valentine’s Day cards, the first of its kind to be mass produced. Howland’s industry took off and Valentine’s Day cards, which had previously been made by artisans in Europe and would sell in the Americas for thousands of dollars, were for the first time available to the masses.

Howland introduced Valentine’s Day to the commercial market, paving the way for the emergence of flowers, chocolates and jewelry businesses to promote the holiday for business purposes.

“[The expansion of Valentine’s Day] has more to do with the industrial revolution and the values of western society in the 1800s. The idea of being able to make money by mass producing cards and gifts that could be sold became a part of Valentine’s Day during that age of mass consumption in the mid to late 1800s … where that profit motive has really driven the popularity of the holiday,” Wood said.

People have taken advantage of the popularity of this holiday, buying gifts for their loved ones or celebrating the day they believe to be filled with love.

“Valentine’s Day in present times has become a huge craze especially amongst the youth in countries around the world,” according to Saint Valentine’s Organization.

The true meaning of this love filled day has been brought away over the last few decades. Real Simple Magazine ran an issue all about valentine’s day and how what seem to be the modern day gifts range from as simple as chocolate to ties for men or handbags and jewelry for women.

“I have been surprised with a big teddy bear, chocolate and flowers before. I feel that it is pretty common act but it makes me feel special by the ones that love me,” senior Erica Raus said

Additionally,  when shopping for a Valentine’s day gift, the giver tends to keep in mind the cost but more importantly, the thought.

Sophomore Zackary Marsh uses flowers and chocolate as a way to show his love and affection towards someone.

“I will be getting my girlfriend a box of chocolates this year as just an inexpensive way to know I am thinking about her,” Marsh said.